Alec's Situation Isn't Fair I think a lot about Alec and the situation he is in. He has spent around 3 years of his life doing chemo and radiation treatments in his short 18 y ... 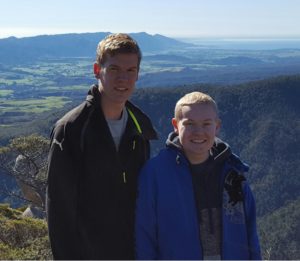 I think a lot about Alec and the situation he is in. He has spent around 3 years of his life doing chemo and radiation treatments in his short 18 years of life. After all that, the treatments have only done as much as slowing down his tumors growth despite the years of treatments.

There is so much unknown in his situation, and that adds to the difficulty of it. We don’t know when his tumors will begin to compromise his body. It was expected to have started already, but luckily it hasn’t and he feels very blessed for that. I hate that this has to happen to him because he is the most amazing kid and he doesn’t deserve it. All the pain and discomfort he as endured seems so unnecessary and unfair.

Does God Play a Role in all of This?

As a result of those thoughts going through my head it led me to think more than just the temporal side of things, and to think a lot about God and the role that he plays in this whole thing. Get ready, because I am about to get a little spiritual on you here. As I pondered the role God played in Alec’s situation there were a couple of scriptures that came to mind that I want to share. The first comes from a book of scripture called the Doctrine and Convents. This scripture has helped me immensely in staying composed throughout Alec’s cancer ordeal. In Doctrine and Convents 58:3 it says:

Ye cannot behold with your natural eyes, for the present time, the design of your God concerning those things which shall come hereafter, and the glory which shall follow after much tribulation.

We can’t see God’s big plan, and we don’t know why he is “letting this happen” to Alec, but we know that God is in charge and this is his “design.” So much garbage happens in this world that seems unfair and wrong, but God will judge us in righteousness, and someday we will understand why it all played out the way it did as we look back and connect the dots. Another scripture I want to share that came to my mind as I was thinking about God’s role comes from the same book of scripture. In Doctrine and Covenants 121:7-8, it states:

My son, peace be unto thy soul; thine adversity and thine afflictions shall be but a small moment; And then, if thou endure it well, God shall exalt thee on high; thou shalt triumph over all thy foes.

“Triumph over all thy foes.” I love this! If we endure our adversities well, we will triumph over all our foes. To be triumphant means to have achieved victory or success. It can also mean the act, fact, or condition of being victorious.  I know Alec, and I know that he has and will endure this trial well. Whether he lives or dies, he will stand triumphant. I care about Al more than he realizes, and I hope that I can handle whatever happens and stand triumphant with him.

God plays a major role in this situation for me. It has helped me stay composed and understand that we are all apart of something bigger than ourselves in this life. Alec is my hero, and I know that because of God he will be victorious in his battle with cancer. He will fight his fight and will stand triumphant no matter what his fate. 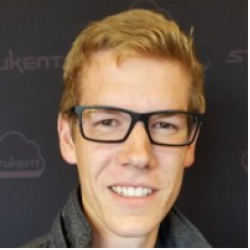 Follow Me
Braydon Unsicker
I'm Alec's older brother. I am an avid runner and slightly above average golfer. I wear a lot of hats for the foundation by helping with the website, social media efforts, events and anything we can think of. I am proud to be part of this foundation and love watching Alec uplift and inspire so many.

Follow Me
Latest posts by Braydon Unsicker (see all)