Bonnie Jensen Bonnie is sixty years young and going strong, she just found out she had abdominal cancer this past June. Her daughter submitted the Smiles Application and said that ... 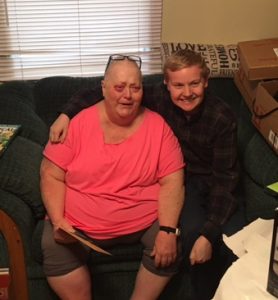 Bonnie is sixty years young and going strong, she just found out she had abdominal cancer this past June. Her daughter submitted the Smiles Application and said that the thing she loves to do the most is to make amazingly cool cards with her Cricut machine. She showed me some of her creations and they were pretty cool. It was like a miniature personal pop up book about you. Her daughter also told us that her washing machine has been flooding and been bugging her in different ways over the past few years. So, I got her a new washing machine, and tons of different 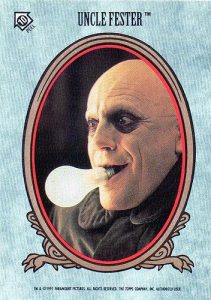 materials and tools to go with her Cricut machine to help her make more amazing cards. Bonnie was a joy to meet. She had such a great attitude and an even better sense of humor. As you can see from the picture, her eyes have a little bit of an Uncle Fester look to them due to her treatment, and she fully acknowledged the fact. So much so, that she showed us a side by side picture of her with a light bulb in her mouth next to one of Uncle Fester with the light bulb and it really made my day. She was a wonderful person and I am so glad I got to meet her help her smile. 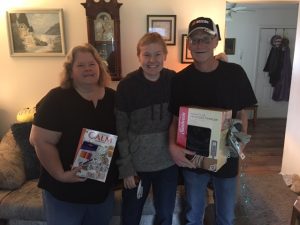 Albert was diagnosed with cancer in January of 2016. He has throat cancer and he has been given a 20 percent chance of survival. He just recently finished another round of his chemo and radiation before we came over and he had been a little down. The cancer and treatments have been very difficult. He is unable to keep down anything at times. This is a man that did physical labor for long hours and he doesn’t like not being able to do that anymore. On top of that, a year ago he lost his daughter to a drunk driver. He has had an extremely rough year. His wife, Sherry, submitted the application simply stating that he needed to have a reminder that life is good and that people do love and care for him. I was honored to supply that reminder and see him smile. His wife said he was always cold, he liked NASCAR, and he loved to build things with his hands. So, I got him an electric blanket, a sweet NASCAR hat, some warm clothes, some fishing gear, and lots of things for his workshop. He also enjoys movies and warm drinks so we also got him a gift card to the movie theater and a Starbucks gift card. Albert was on of my most grateful recipients, he was so happy and all he could keep saying was that he could help with hands for our foundation. He said that if anyone ever needed any help with electric work, plumbing, or anything, then he would be willing to donate his services to the foundation.

These were some of the coolest people I have ever met and I know my life is blessed to have met them.

Thanks for taking the time to read these smiles package stories. If you want to read more of them in the future then follow my foundation on Facebook or Instagram. 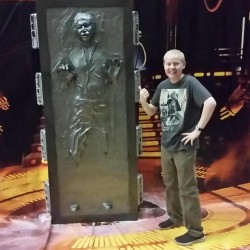 Alec Unsicker
I am very nerdy and love Doctor Who, Harry Potter, Adventure Time,LOTR, and things of the like. I am currently working on this non profit start up called AJU Foundation. Follow us on Facebook!